3 Ways That Will Help You Deal with Wasps This Autumn 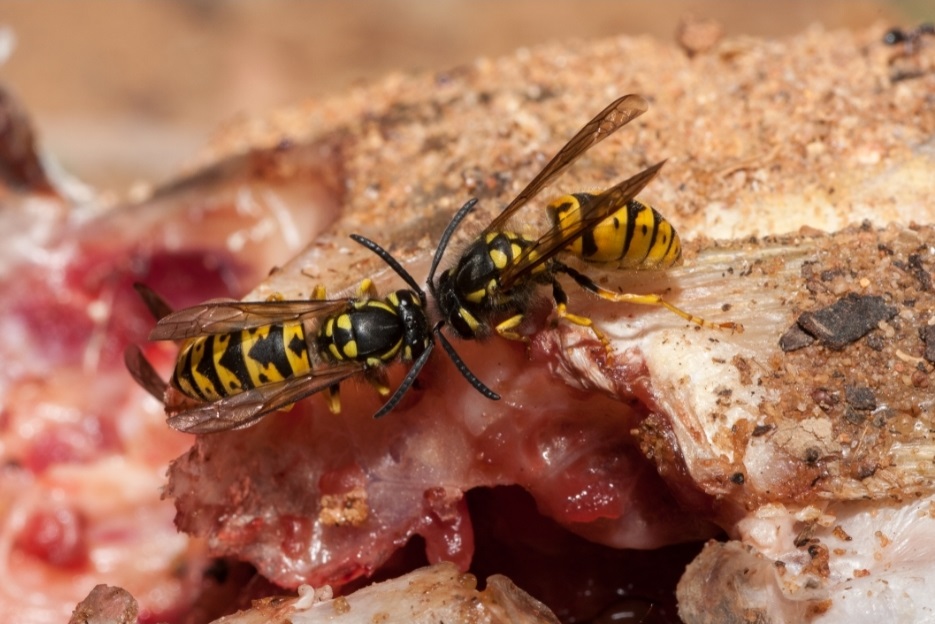 If you spot a yellow and black stripy insect buzzing around your home or the outdoors, there is a possibility that they might not be your garden-friendly bees. This autumn, Australia is facing the appearances of European wasps – leaving many of us wondering how to deal with them efficiently.

What are European Wasps

The European wasp, with its scientific name Vespula germanica, is an established pest in Australia. It is a non-native wasp that was first found in Tasmania but is now established in other neighboring states, including Victoria, South Australia, New South Wales, and Western Australia.

European wasps are characterised by having yellow and black banded abdomen, with a pair of black spots on their yellow bands. They have two pairs of clear wings, where you will notice the first pair to be larger. They also have black ‘antennae’ and they can fly with their wings being held close to the body.

Similar to normal bees, the European wasps live in a nest and they usually have a ‘queen bee’ that is responsible for reproduction and governing its army.

After hitching a ride to Australia around the ‘50s, the European wasps are unfortunately here to stay. And the springtime is a busy time for these invasive species, as the queen and her army will emerge from hibernation and will go on a move.

European wasps are an aggressive version of bees that attack aggressively when their nests are disturbed. They can sting repeatedly, and unlike bees, they do not die after stinging. Each wasp emits a scent chemical called pheromone that alerts other wasps to attack.

The sting from these species can cause burning pain and swelling. If stings are multiple, a more severe systemic reaction from your body may happen.

The most common reaction from a European wasp sting is burning pain, raised lump, redness of the skin, and local inflammation. Although they are painful, their stings seldom cause serious problems. However, there are rare cases where the venom will contain toxins that can trigger allergic reactions in susceptible people.

Some reactions may be life-threatening to a certain extent. Look for the following symptoms that may indicate a severe allergic reaction.

If you have a history of an allergic reaction, you most likely have an anaphylaxis action plan in place. If you do not have one yet, coordinate with your doctor and establish an action plan.

Local reactions are mild, and most people do not need medical attention for wasp stings. But for severe reactions resulting in anaphylaxis, you can do the following first aid steps (anaphylaxis is a life-threatening reaction that can result in death from swollen airways.)

While first aid works in the treatment of wasp’s sting, there is no better cure than prevention. You can reduce the population of European wasps around your home and reduce the risk of stings in several ways, including:

You can build your knowledge on anaphylaxis management and other lifesaving techniques by signing up for first aid training. A First Aid course will teach you everything you need from recognising the signs of anaphylactic shock to performing CPR and other advanced techniques.

If you want to learn more, do not hesitate to contact our team and one of our staff would be happy to assist you.

Stay away from wasps and learn First Aid to keep you safe this Autumn.