Melatonin Supplements Yes or No?

Home /Health/Melatonin Supplements Yes or No? 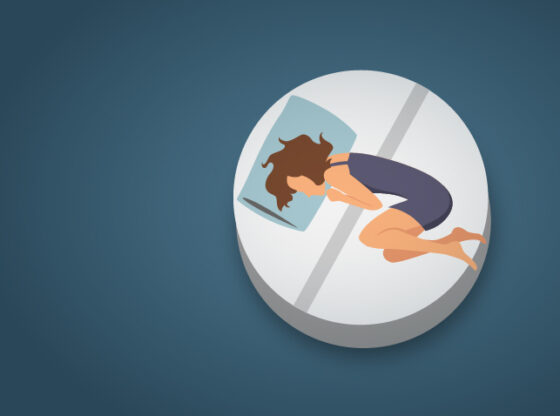 Melatonin is a hormone naturally produced by the brain when you are exposed to dimming light, like the setting of the sun, and at its peak production in darkness. Melatonin allows your brain to transition from the state of being awake to a sleep state. Melatonin governs and regulates the body’s circadian rhythm, hormones secreted by the endocrine system, and most importantly, your sleep patterns.

Melatonin supplements are considered to be safe and non-habitual with prolonged use. They have not yet been clinically tested for long term side effects past two years of continuous daily use. However, studies conducted thus far do not place melatonin in the category of drugs of addiction or drug dependency. That being said, in Australia, anyone under 55 years of age requires a prescription from their doctor, and melatonin cannot be sold in pharmacies without a prescription, with one exception. Over 55’s can now purchase melatonin over the counter without a prescription as of July 2021. Several natural herbal supplements that claim to be equally as effective are sold in the vitamin section of all pharmacies and supermarkets across the country and are sold by all the big supplement manufacturers on the market. Purchasing melatonin from overseas locations via online stores is an option in this post-Covid 19 world, as is picking it up on your travels. It is not illegal to possess in a personal supply only capacity, but it cannot be purchased legally in Australia without a prescription.

Natural sleep agents sold as food-grade, plant-based sleeping aids all include Valerian root as their main ingredient. Valerian is a perennial plant with the scientific name Valeriana officinalis. The plant grows wild in grasslands throughout North America, Asia, and Europe and has been used for centuries for its sedative properties as a herbal remedy. Like most things, the amount of Valerian root in a product differs widely from one brand to the next, as does the quality of the product and its effectiveness in shortening the sleep latency period.

Regardless of which option you choose, their effectiveness versus their side effects as a sleep-inducing agent is open to debate and different on a person-to-person level for short term use in treating conditions like jet lag, delayed sleep onset or insomnia. Jet lag is cured naturally by sleeping normally and adjusting to the time zone you land in. For most people, taking a melatonin supplement is overkill and unnecessary. If you regularly travel internationally across time zones that throw out your natural circadian rhythm, they may offer some benefit in helping you reset your circadian rhythm and establish a new sleep pattern. On the downside, they may also make you grumpy, irritable, anxious, depressed, dizzy, sensitive to light and short-tempered due to headaches and dehydration.

Insomnia is a clinical sleep medicine issue and, ironically, not considered a true sleep disorder. In the majority of cases (not all), insomnia is the manifestation of a subconscious psychological disorder creating a state of sleeplessness designed to force the person to address the underlying issue causing them sleeplessness. For a variety of reasons, some people do not wish to address the root of the problem causing them is insomnia, so they suffer from the condition until action is finally taken.

A qualified doctor can only establish the correct diagnosis of insomnia after a Sleep Study has been completed.

Most melatonin supplements are synthetically created in a laboratory. Those touted to be natural have been harvested from the pineal glands of animals. Like anything in life, if used in moderation, they may be effective. However, if abused or used for extended periods of time, they can have some serious side effects that still have not been fully studied for long term detriment in clinical trials.

Melatonin supplements come in several forms. The most commonly used is the liquid, pill or capsule form. However, not everyone likes swallowing large objects, and they might have difficulty swallowing both the capsules and tablets as they are on the exceptionally large side. With that in mind, manufacturers of melatonin released a line of lolly-like Gummies.

Now, I don’t know who thought it would be an intelligent idea to make any medication or supplement that looks and tastes like candy a child would consume without thinking, or why no one told them it was an exceptionally bad idea. So, if you do happen to have any medication in the form of Gummies in your home, and you have young children, please book yourself into a CPR or First aid course and learn what to do should the worst happen and they consume the entire content of the package.

The most common melatonin side effects include:

Because melatonin can cause daytime drowsiness, do not drive a vehicle or operate machinery within five hours of taking the supplement. Melatonin supplements can adversely interact with various medications causing them to become ineffective or redundant, so always check with your GP if you have known or pre-existing conditions and are on medications. The following is a shortlist of the top five medications that melatonin is known to have an adverse effect upon.

Now for the big question

How would you recognise the signs and symptoms of a colleague who has taken too much melatonin or swallowed too many supplements and needs First Aid? How would you provide First Aid to someone who suddenly appeared to pass out and collapse before your eyes? When was the first time you took a basic First Aid Course or the last time you updated your skills with a refresher course?

At the end of the day, melatonin might not be the right treatment if sleeping is an issue for you and you find it hard to sleep. You might want to talk to your doctor about undertaking a sleep study to establish the root of your problem. You might have sleep apnoea and not be aware of it, causing you to wake feeling exhausted and like you didn’t get a good night’s sleep.

If you still seek ideas on getting to sleep, download white noise apps, try meditation for sleep, or watch the most boring and monotonous thing you can find on the internet.

Lastly, try the benefits of using goldfish in tanks to create a state of relaxation and serenity that clears the mind of clutter and stress before sleeping.

Photo Stick Reviews – Is it a Scam? Must Read Before Buying
What Should Be In A First Aid Kit