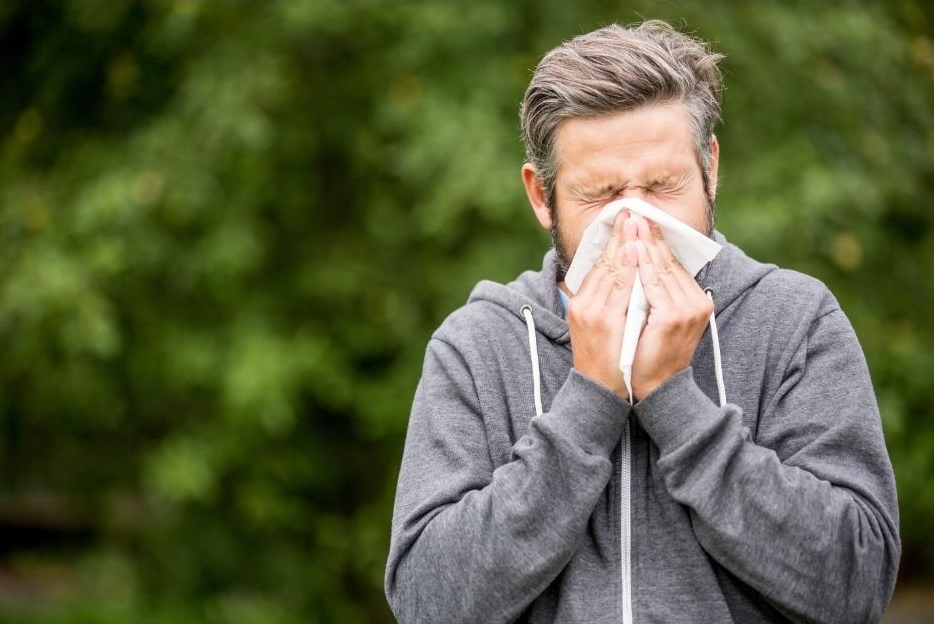 But fear not, as this article will help you prepare against hay fever.

What is Hay Fever?

Hay fever, commonly known as allergic rhinitis, is caused by allergens (mostly pollens). The symptoms of hay fever are triggered when pollen gets trapped in the lining of the eye or nose, releasing allergies.

Most allergens are considered benign. However, the body misrecognises them as being potentially harmful, similar to bacteria or viruses. The body will try to fight it off and expel it by producing mucus and tearing up of the eyes.

Hay fever is a seasonal allergic rhinitis that you will experience as we come in to spring to the early summer season. It typically starts around early September to October in Australia.

Hay fever affects at least 1 in 5 people in Australia. Despite its name, it is not caused by hay and does not result in a fever.

This condition is best described as a reaction when the nose or mouth comes in contact with allergens that cause allergies. Most common allergens include pollen, dust mites, molds, or animal dander.

The common symptoms of hay fever are sneezing, having a runny or stuffy nose, an itchy throat, and watery eyes. While the less common symptoms are headaches and hives. Hay fever can also trigger asthma symptoms such as wheezing and breathlessness.

While the symptoms are not usually alarming, they can be serious in some people to the point that it affects their sleep and interferes with school and work.

Although it is quite a challenge to avoid exposure to pollen and other allergens during springtime, there are several measures you can take to minimiwse exposure. Following these steps may ease the severity and provide some relief from your symptoms.

There is currently no permanent cure for hay fever. However, most people can relieve symptoms with First Aid treatment (to a certain extent).

The most effective way to control hay fever symptoms would be the following:

Hay fever can have a significant impact on our sleep, concentration, learning, and day-to-day function. It is one of the most common disturbances in many Australians during springtime. But with an attitude of care and vigilance, we can combat the symptoms before it results to asthma and allergic attacks.

Knowing first aid will give you an edge over hay fever and other health risks that occurs during springtime.